Always Read Into It

Being able to read music has changed my life as a musician.

Because of this skill, one tiny gig led to a huge overseas opportunity. And it came about in a way you wouldn’t expect.

Let’s go back to 2007. I was playing gigs in LA and I had done some touring – not with Alice Cooper yet, but I was having fun. I had this cover gig in La Crescenta with Jason Hook (pre-Five Finger Death Punch), Chuck Wright from Quiet Riot, and David Victor who played with Tom Scholz’s Boston.

Imagine a bunch of pro players playing at a tiny sports bar. I was on a four-piece kit that barely fit. But we were having a good time.

One night, in walks this engineer I had worked with previously. With him was an Italian producer/engineer I had never met before named Saverio. On our break, he asked for my number because he had some session work coming up.

A week or two later, he called me up and I brought my stuff to his home studio. The way this usually works is you don’t know what you’re going to record until you get there. They don’t always send you a demo. The producer has scratch tracks mapped out in ProTools; it’s basically a guide track of guitar to delineate the sections of the song. The artist isn’t always there. It’s often just you, the producer, and the engineer.

I got out my notebook of blank music paper and started making an outline of the songs. These are my ‘cheat sheets’. There’s a lot of trial and error when the scratch track is so bare-boned – there might have not even been vocals on it.

He saw that I could read music and chart things out on the spot. We talked about parts, kick/snare patterns, and what may work.

After a few passes, we were done and that was that.

I didn’t hear from him much the next couple of years. I thought maybe he didn’t like me. Maybe he wasn’t doing a lot that required real drums.

“Look man,” he said. “There’s this gig in Italy, a huge act, and we need somebody. Our drummer (Matt Laug) has an injury.”

I knew Matt, and when Saverio mentioned Italy, I said, “Are you talking about Vasco Rossi?”

“Yeah,” I said. “I don’t know anything about him, but I know he’s had many American drummers like Jonathan Moffett, Deen Castronovo, Mike Baird from Journey and Kenny Aronoff. And he’s had Gregg Bissonette and Vinnie Colaiuta on his records.”

I had no idea how big he really was. 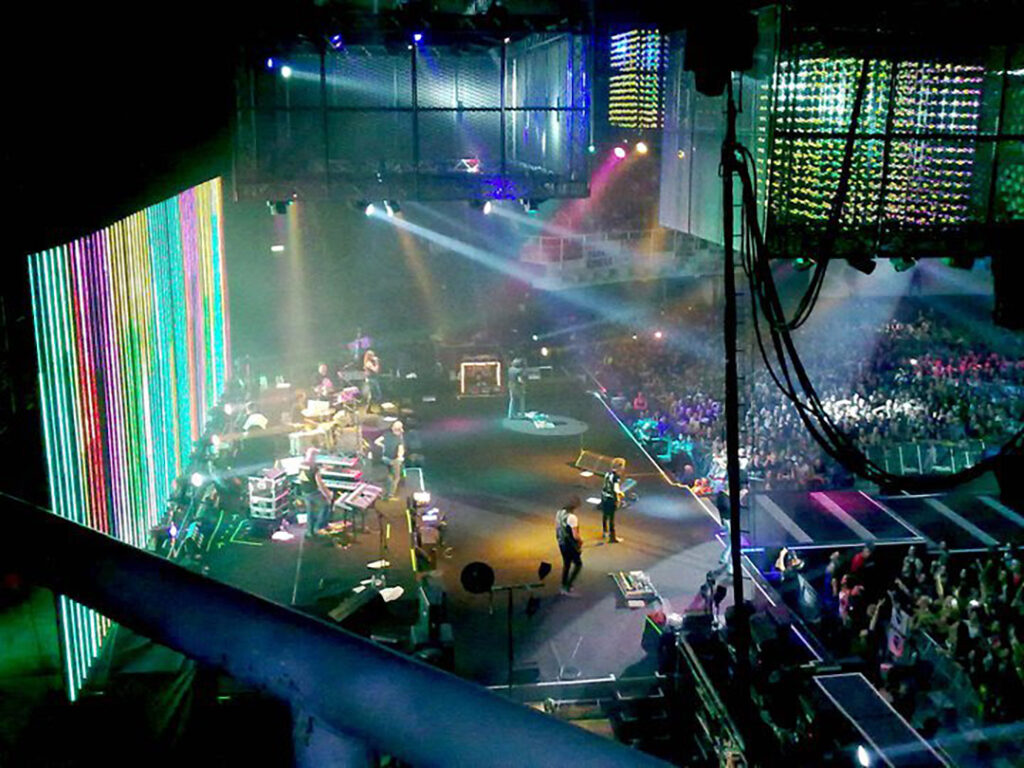 When you need a last minute sub for a touring gig, the people at the top of the list are those who have done it previously and who are in good standing. None of them were available to do the Vasco tour.

Gregg Bissonette got the call and wasn’t able to do it. The producer told him, “I’m thinking of calling Glen Sobel.”

“Yeah, call Glen!” Gregg said. I was his student. I practically owe that guy my life. He got me on my first pro gig ever when I was 21: Tony MacAlpine. When you get a referral like that, it makes you want to do your absolute best so you can please the person who referred you, as well as the artist.

I was in every kind of band in school: marching, jazz, concert, drumline. It all involved reading music. I didn’t even know at the time how great of an education I was getting being literate in music.

Everyone develops their own shorthand. We don’t typically write everything out note for note. I have a system for charting things out, and when Saverio saw me do that one time in the studio, he knew he could give me a call.

In the span of a few days, I had to learn a 25-song set and rehearse with six musicians I had never met before. The pressure was on. I spent two days charting the songs and was given a recording of the live show.

With a couple of long flights behind me, I walked into rehearsal and thought let’s just get to playing because I could feel the tension in the room. It was a sold out stadium tour, they didn’t have a drummer, and I was this one chance they had to put this all together.

Nobody knew me, and Vasco wasn’t there yet.

We played through the first few songs back-to-back. Then there was this big sigh of relief and applause. The vibe was like, Oh my God, we’re going to be okay.

This gig wasn’t rocket science, but you’ve got these rock songs with transitions, tempo changes, buildups, accelerandos and slowdowns. Verse one could be 8 bars, verse two could be 9 bars. There are all kinds of things you’ve gotta know. You can’t wing it.

Vasco came in at the end of the first day of rehearsal. He didn’t speak English. He stood at the back of the room and watched as we played through the set. I could see him tapping his foot and getting into it. After a couple of songs, he grabbed the mic and started singing, and was eventually jumping around the room.

We played the first show in Sardinia to 40,000 people. I had the music stand up there, and we had to hold down the pages with clothespins because the wind was blowing. The tech who was operating the click track would change the page for me.

The remaining five weeks of the tour were all in Italy. It’s not a huge country, but we had like six arena dates just in Bologna. It was an amazing experience and all of the people in Vasco’s camp were just so nice. We got along so well that I was asked to play on his release, Sono Innocente that came out a few years later.

This was the biggest touring gig in Italy, and it was a major confidence booster for me. I’ve always been the guy who charted things out and filled in last minute, but never for anything that big.

So when the time came in 2015 to sub last minute for Tommy Lee, I knew I’d done this before. I’d toured with Motley Crüe and grew up with their songs, but I still made cheat sheets for everything in their set. That gig was full of distractions. There were bombs going off next to the drum set and Nikki Sixx had a flamethrower bass on “Shout At The Devil”. I can’t stress enough how important it is to chart things out!

The gig in Italy came about because I was playing at a tiny sports bar. Whether you’re playing for 5 or 50,000 people, play your best and don’t phone it in. You never know who’s going to be watching. That’s practically a cliche, but it’s a cliche for a reason.

Learn to read music if you haven’t. It’s not a new language – you don’t need to learn thousands of words, or notes, so to speak. Learn a few note values and corresponding rests. Many books and teachers can help with that.

When you step in at the last minute, especially on a tour that’s been going for a while, the best compliment you can get is that they forget you’re there.

You want to make it feel like it’s always felt, as far as the kick and snare patterns, tempos, feel, and key fills. If they turn around and have to remind themselves, “Oh, we have a sub drummer,” that’s a good thing. 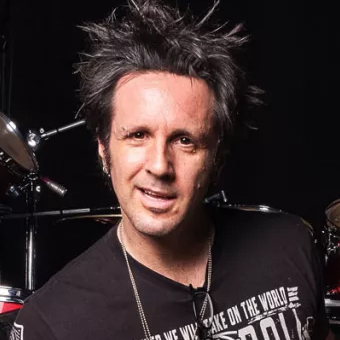 Jim Riley  /  Feature Stories
From Homeless To Rascal Flatts
Jim Riley was willing to do whatever it took to make it in Nashville - even if it meant living in his truck.