One of the toughest things about being a beginner rock drummer is coming up with drum fills that are easy enough to play.

On this page, you’ll learn 7 basic rock drum fills and get fluent with the different parts of the drum kit. We’ll cover the most popular fills used in rock music, which will act as the building blocks for advanced patterns you’ll create in the future.

But heads up – if you’d prefer someone show you the ropes, if you’re serious about leveling up your drumming, drop your email below to get 5 free lessons from one of rock’s biggest drummers, Todd Sucherman!

Some drummers think a fill is the time to play a complex pattern or perform a miniature solo. While this is technically correct, a drum fill is meant to be a transition piece. You use it when you want to move to a different section in the song, such as from a verse to a chorus. Basically, a drum fill should be a deviation from what you’re playing in order to introduce something new to the listener.

You can play a drum fill for as long as you want, but there are three common durations for fills that you’ll hear regularly in rock music: the full bar (the longest), the half bar, and the quarter bar (the shortest). The main goal is to internalize the timing of these fills so you know when to start, and when to stop.

Most drummers will finish the fill with a crash, which marks the end of the transition and starts the next groove with a flourish on beat one.

Practice tip: When going through these fills, try to practice them in phrases. This basically means just play a drum beat, play your fill, then go back to the drum beat. Act as if you were playing it within a song.

“Wait… We’re playing nothing for an entire bar?”

You’d be surprised how effective silence is at building tension. It’s situational, but sometimes this is the perfect tool for the job. Go out on count one, come back in on count one. Boom.

This fill is known as the “8th note build”. Start by playing 8th notes on the snare and floor tom at a low volume and slowly get louder at the fill goes on. This is called a crescendo.

Add in the bass drum on the quarter notes and you’re ready to rip.

Arguably one of the most popular drum fills ever in rock music, this pattern consists of 16th notes all around the toms. You might think it’s boring, but it’s highly effective in this genre of music and perfect to start getting beginner drummers to explore the drum kit.

The famous Bonham triplet. We’re moving from 16th notes to 8th note triplets (twelve notes per bar rather than 16 notes) for this drum fill. You can whip this puppy out in both straight and swung rock, making it a versatile pattern to have in your toolkit.

Our first half-bar fill! If you’re looking for a quicker, more compact pattern to play that’s not as intrusive as a full bar fill, start your fills on count three. This pattern consists of eight notes on the snare drum (alternating hands).

Another popular “breakdown” style fill that’s great for transitioning into another section in a song. The flam is a fun rudiment to incorporate into your fills, so try adding it into the other patterns on this list.

Lastly, let’s talk about quarter-bar fills. These are perfect to toss in if you want to add some quick flavor, and they’re subtle enough to duck under any vocal lines.

So there’s a handful of common rock drumming fills to get you started. Keep in mind that your main focus should be on the concept of full, half, and quarter bar durations instead of only concentrating on the pattern itself. The key to a great drum fill is starting and ending on time with confidence.

Remember, space is your friend! Experiment within those spaces and come up with your own ideas.

Looking for more beginner drumming ideas? Check out this mega-guide all about learning drums, progressing as a beginner, reading music and much more.

And if you’re new to drumming and want to learn about some of the genre’s most influential players, check out ‘The Top 20 Rock Drummers Of All Time‘! 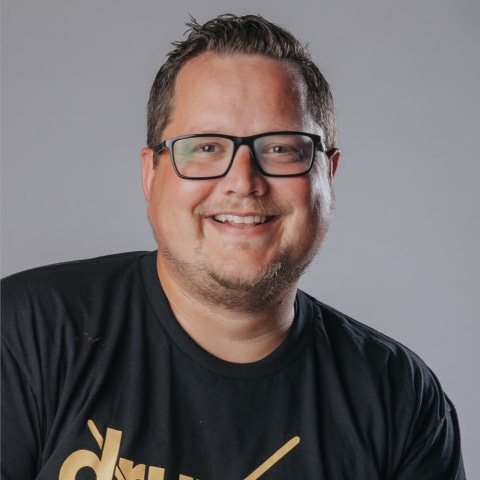 Dave Atkinson is passionate about inspiring positive change through music. With over 24 years of playing and studying music as a multi-instrumentalist, Dave has helped thousands of musicians reach their goals through developing Musora’s core curriculum and engaging content for the modern musician.

Samantha Landa  /  Beginner Lessons
How To Play Drums
In this beginner's guide, you’ll learn how to choose gear, how to play drums, and even how to read music.

Brandon Toews  /  Style Guides
The Ultimate Guide To Soul And Funk Drumming
In this detailed chapter from The Drummer's Toolbox, you'll learn how to play ten styles of funk and soul on the drums.

Brandon Toews  /  Style Guides
A Drummer’s Guide To Rock
Think of this guide as 'Rock 101' for any drummer who's new to the genre.