How To Play A Single Stroke Four

The single stroke four is a common drum rudiment that you can find in many drum fills, drum solos, and snare pieces.

What is a single stroke four?

Like a single stroke roll broken into pieces, the single stroke four consists of four-note groupings and makes for a nice flourish in drum rolls and fills.

It’s made up of three sixteenth notes and one eighth note, so it has the illusion of a brief pause between each grouping.

While you might feel confident playing single stroke rolls, it might take some time to get used to the start/stop motion of the single stroke four. Each grouping should feel and sound smooth and consistent.

Here are some tips to help you master this rudiment.

While it might be tempting to get up to speed as quickly as possible – especially if you’re feeling confident – make sure you’re really playing the single stroke four well before you increase the tempo.

If you’re a right-handed drummer, you probably default to starting everything with your right hand. Try starting this rudiment with your left hand, too. This will help you get a more consistent sound out of both sticks and give you more confidence and control.

How to play a single stroke four on the drums

Once you’ve practiced it on a pad and it’s feeling good, it’s time to move the single stroke four over to the drum set. Here are some exercises to get you started.

Once you’ve worked through these exercises, come up with your own ideas. Move the rudiment around the kit and try changing surfaces to get different sounds. This one sounds great on a tom or a cymbal!

Songs that use the single stroke four

The single stroke four crosses over between two bars, with the first three strokes at the end of the first bar and the last stroke at the beginning of the second bar.

“The Dance Of Eternity” – Dream Theater

You’ll hear single stroke fours throughout this track. Learn the song to put this rudiment into practice!

“Come Together” – The Beatles

You’ll play the single stroke four on the cymbal here.

With enough solid practice, you should start feeling more confident in your playing. From drum beats, rolls and fills to solos, nailing the single stroke four will give you one more tool in your toolbelt and get you one step closer to playing anything you want on the drums.

If you’ve enjoyed this rudiment, you’ll probably also like the single stroke seven, which is – you guessed it – a roll consisting of groups of seven strokes. 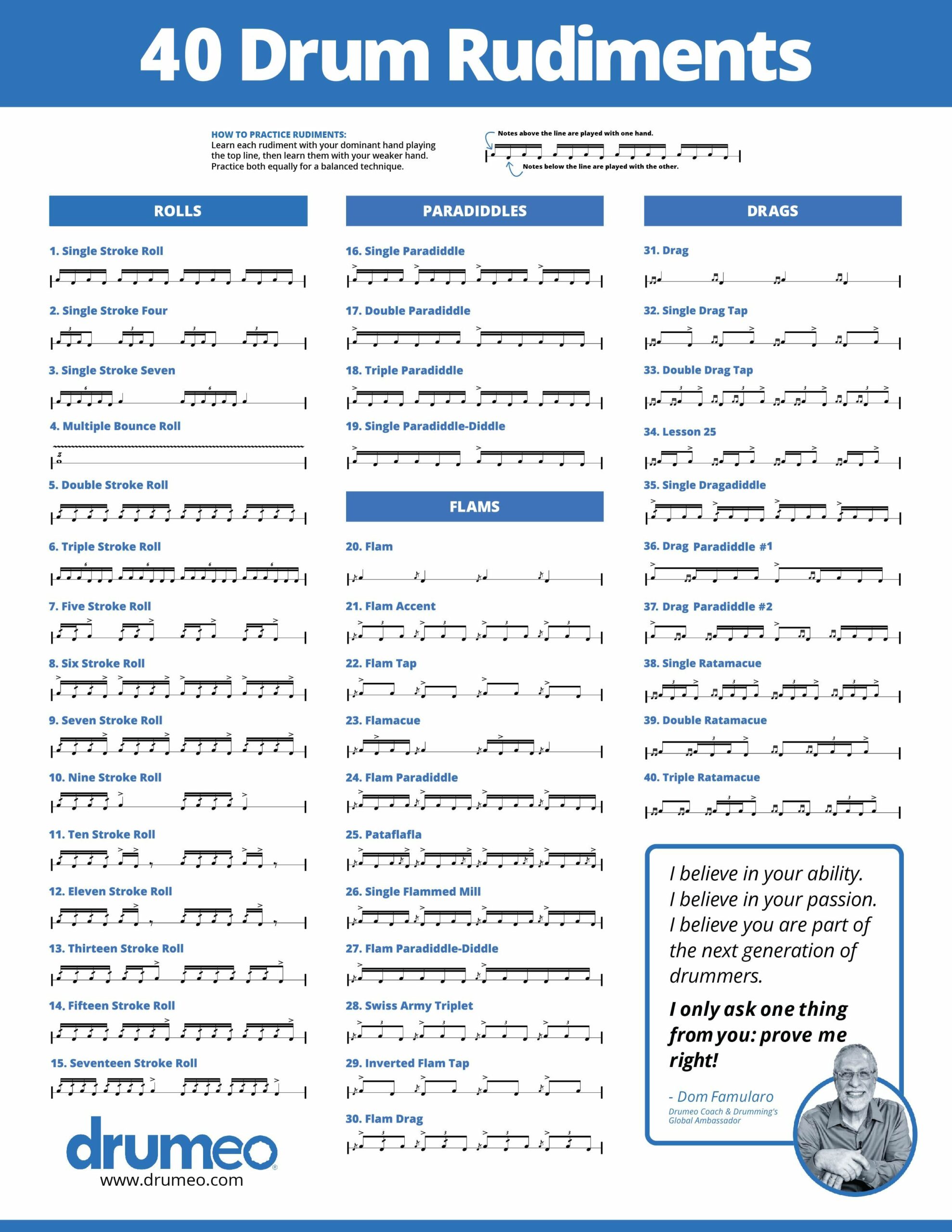