How Playing Music Can Improve Your Memory

Ever catch yourself vividly reliving a memory that was triggered by a song? The power of music is so strong that it creates deep neural connections in our brains, especially during the earlier stages of our lives.

Music can help people with damaged memory recall some events from their past. This is most useful for people suffering from Alzheimer’s disease and dementia.

Playing a musical instrument can improve your memory as well. In this article, we’re going to discuss these topics and show you the major benefits that music can bring to your memory.

The role of the upper medial pre-frontal cortex

Petr Janata, a cognitive neuroscientist at the University of California, conducted a study about the connection between music and our deepest memories.

Since the brain is both a perceptive and associative organ, it creates links between our senses and the stimuli, which are then processed and stored in our long-term and short-term memory.

Music – especially our favorite music – has a positive effect on people and emotions. This is why some of the most deep-rooted memories that we have are associated with music.

Professor Janata selected a group of people and exposed them to 30 songs. Then he tracked what was happening in their brains while they were listening to that music. The special condition he chose was that the songs had to be popular in the period when the subjects were 8-18 years old.

With the use of functional magnetic resonance imaging, professor Janata discovered that the neural activity in the upper medial pre-frontal cortex (the part of the brain responsible for keeping and retrieving long-term memories) was stronger as they were listening to those songs. Now it’s clear that the process of linking emotions, memories, and music happens here as well.

In line with that, neuropsychologist Catherine Loveday from the University of Westminster expresses her theory that no other mental stimulus triggers brain development as powerfully as music. The parts of the brain that benefit most from playing a musical instrument are working memory and the center for speech and language.

What’s more, musical training increases the amount of grey matter in the brain, and deepens the links between the right and left hemispheres.

Also, people who might have genetic predispositions for hearing issues as they age can potentially slow down the progress of these problems if they study a musical instrument.

Therefore, the best thing your child can do is start playing a musical instrument at a young age. Of course, some of them will lose interest in it after a while, and that’s fine. But if you see that your kid is talented and interested in musical training, support them and music will be their devoted, lifelong companion.

The power of the unconscious

Every human being has two different types of memory: explicit and implicit.

Explicit memory is like a storage room, where we go to it voluntarily and take what we need at that moment. For instance, if you want to remember a phone number, you activate explicit memory.

Implicit memory, on the other hand, is inside the unconscious part of our mind. The data from that area are retrieved in an involuntary way, meaning that it’s triggered by unexpected stimuli. If you’re driving your car around Christmas time and you hear the song “Driving Home for Christmas” on the radio, this heightens the potential for strong and even overwhelming emotions.

The way music evokes memories can be compared only to the similar effect of our sense of smell. Both of these brain activities take us back to the most pleasant and relaxed periods of our lives.

Listening to our favorite music alters how we feel, and activates the part of our brain responsible for long-term memory.

Additionally, research shows that playing music has positive effects in the same area. With that knowledge, we can use music to stimulate our memory, keep our brains working longer, and thoroughly enjoy it in the process. 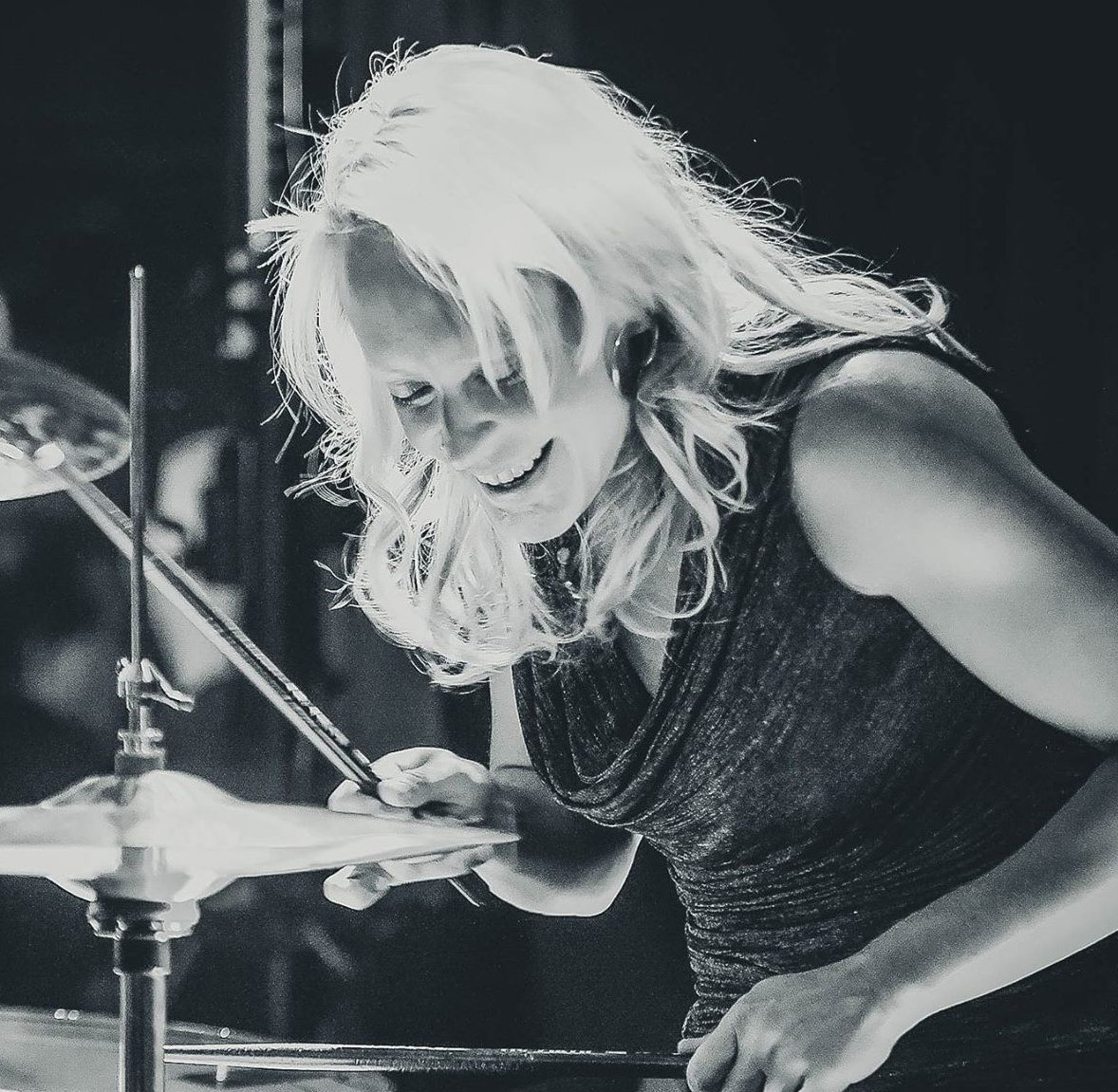 Amy Di Nino is a multi-instrumentalist, music psychotherapist and conductor based in Cambridge, Ontario. She is the drummer of Cootes Paradise, who was recently nominated for new artist of the year at the Maple Blues Awards.

Amy Di Nino  /  Health
Music As Therapy For Drummers
Did you know that music can reduce anxiety in musicians? Here are some tips from a music therapist to help you manage your stress.

Pamela Lynn-Seraphine  /  Health
What Can Drumming Do For Your Health?
Did you know that drumming can improve both your physical and mental health? Here's the proof.